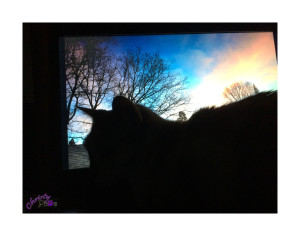 When mom got up this morning, she told me she had absolutely no idea what she was going to do for Caturday Art and even less inspiration. Do you have days like that?

Anyway, she sat down at the computer and started looking at photos. She pulled up a photo and tried a few things with it but didn’t like it so she tried another. No luck with it either. “Boring,” she said. Finally she found this photo and thought maybe she could do something interesting with it. 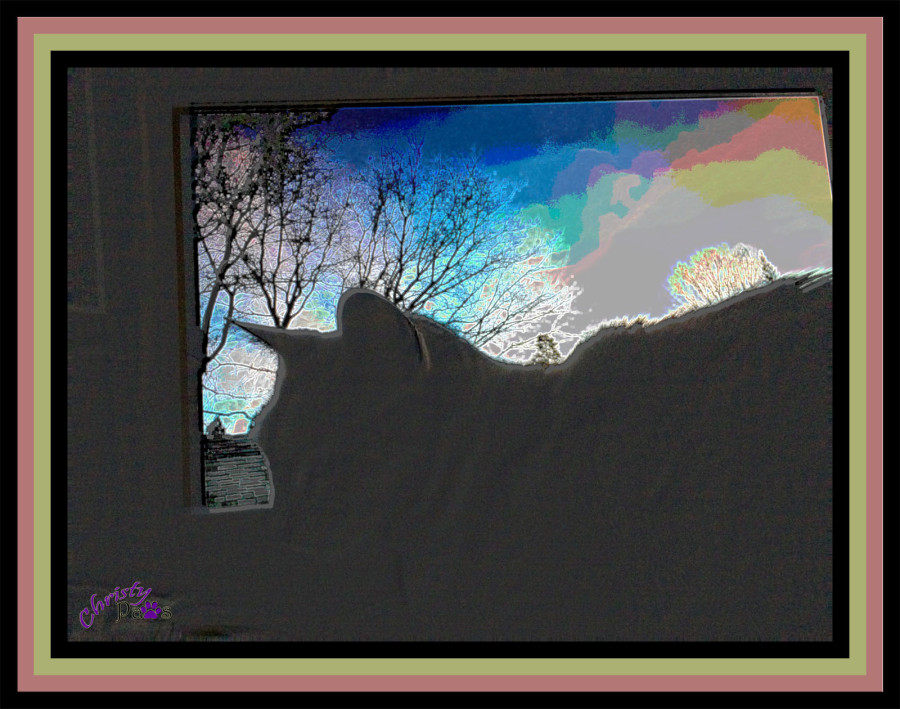 She wasn’t especially thrilled with the “muddiness,” as she called it, of the embossed layer but decided to leave it. As she turned layers off to get to the original photo to save it, she did kind of like what happened. 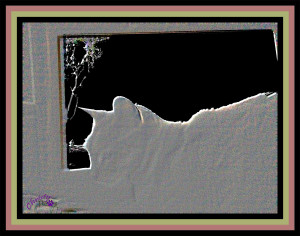 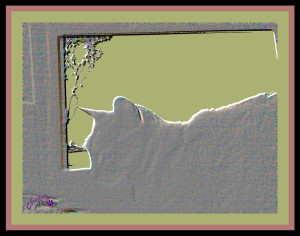 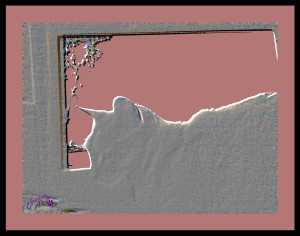 Hope you have an inspired day!

This is a blog hop hosted by Athena and Marie. Click on the badge to see more great art. 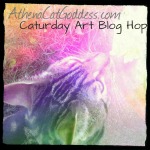