Okay, maybe not 52, but it could be! And gray isn’t the only “color” with many shades. I try to stick close to one shade of purple but it is not easy!

I’m not quite sure when or how it happened, but somewhere along the line I decided purple was my color. Perhaps it’s because I heard purple belongs to royalty and I had declared myself queen of the house.

When we decided to start a blog, mom experimented with a lot of colors, like burgundy and blue, but I insisted on purple. 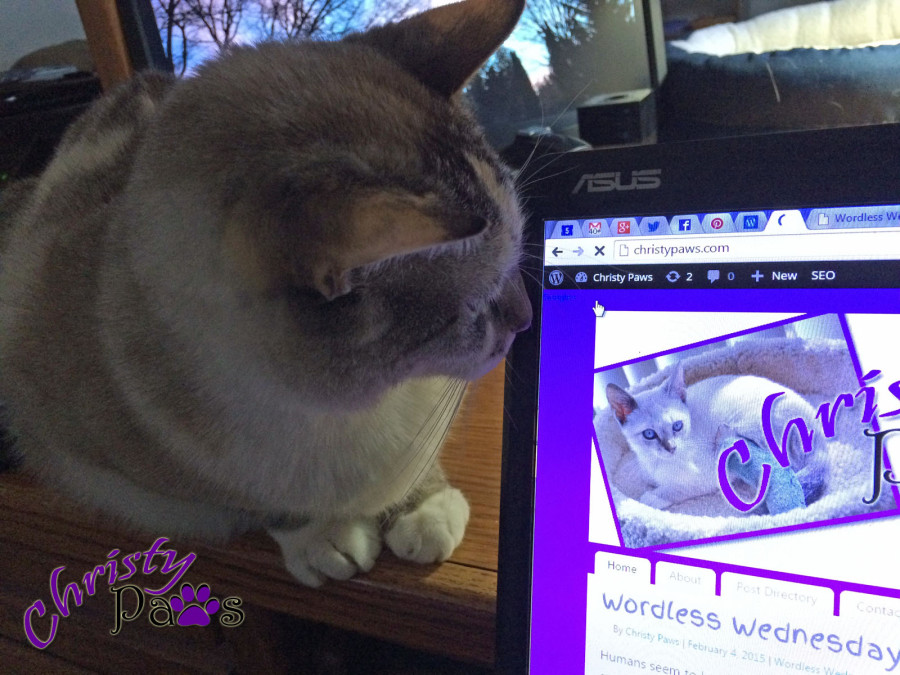 And we didn’t choose purple because it’s mom’s favorite color, because it’s not. Mom’s favorite color is green. Or blue. She’s not really sure. She always thought it was blue until we moved here. She says there are so many beautiful green pastures and hills that give her such a peaceful feeling that she’s decided green must be her favorite.

But back to me and purple. We’ve been seeing our blogging friends join a hop from The Lazy Pit Bull called 52 Snapshots of Life since the beginning of the year. We’ve never joined in, but when I saw that this week’s theme is purple, well, you know I had to join. 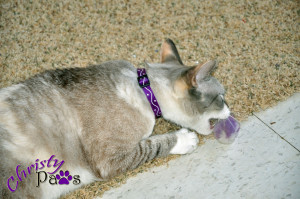 One of my purple toys 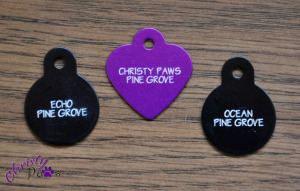 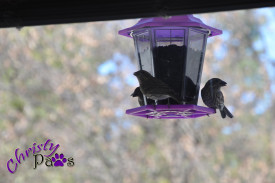 When I asked mom why purple is associated with royalty, she said she didn’t know so we had to do some research. Wow, who knew there could be so much history about a color!

As early as the 15th century BC, the purple of royalty was made in Sidon and Tyre, two cities on the coast of ancient Phoenicia, from the mucous secretion of a snail called the spiny dye-murex. It took thousands of these little creatures and a long, expensive process to make a small amount of dye. The color became known as Tyrian purple, which could range from bright crimson to a dark purple, depending on the type of snail and how it was made. Purple is a combination of red and blue and can be made by combining a lot of different things, but this Tyrian purple and it’s expense is what originally associated it with royalty. 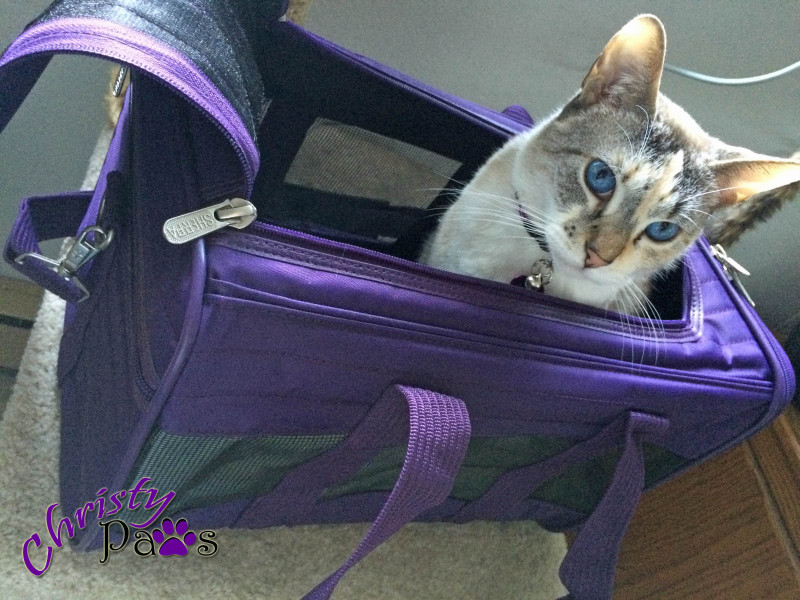 My new carrier for my trip to Blogpaws! It looks a little blue in this light but it is very purple. 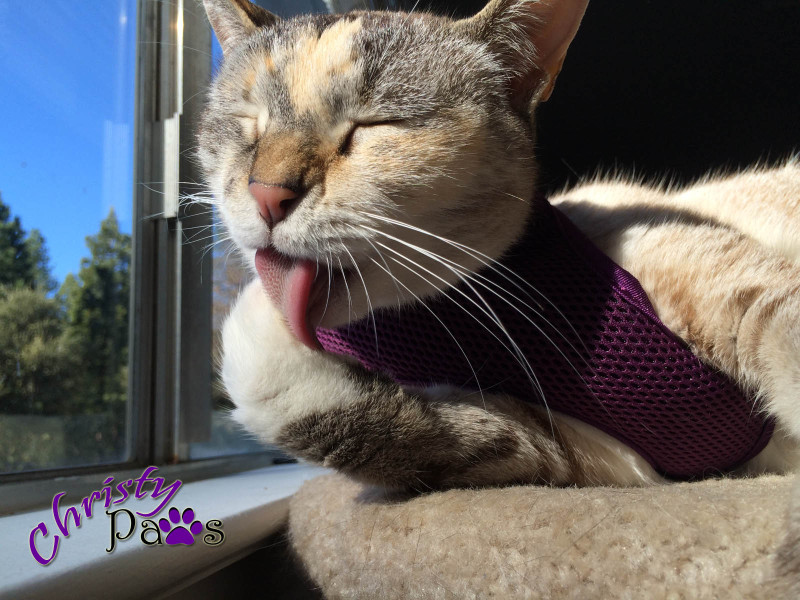 Here I am in my new purple harness that matches my carrier above. This is my official entry in 52 Snapshots of Life : Purple!

Purple is associated with individualism and the unconventional. It is the major color that occurs the least frequently in nature and was the first color to be synthesized. It became much less expensive to buy purple dyed fabrics after a young English chemist accidentally created a synthetic purple compound while attempting to synthesize the anti-malaria drug quinine in 1856. He patented the dye and made a fortune.

May you have a prosperous day!

You can read a lot more about the history of purple here:

Wikipedia
Why is the Color Purple Associated with Royalty?

This is a blog hop. Click here to enter or see more entries in the challenge. Click on the photo to enlarge and see the list of weekly topics more clearly. 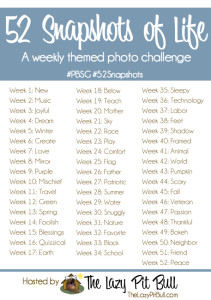 31 Responses to 52 Snapshots of Purple