Kittens Growing Up Together

As kittens growing up together, my adopted brothers, Echo and Ocean, and I were very close, but not as close as they were, and are, to each other. As I told you in my introduction, I was mom’s third foster failure. Echo was #1 and Ocean was #2. Even after I came along, and no matter how many foster kitties were in the house, they were pretty much inseparable. You could almost always find them sleeping together. 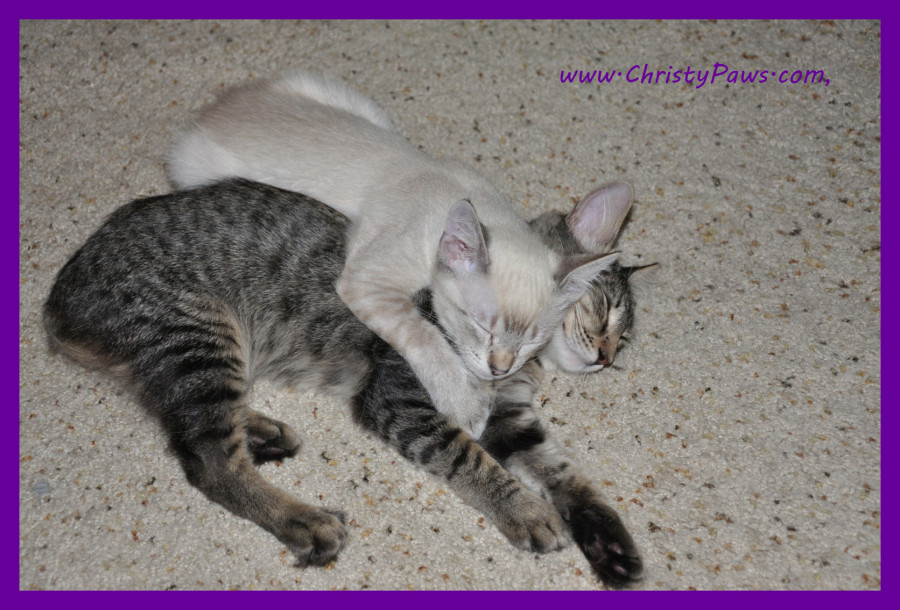 Echo and Ocean were inseparable

They don’t cuddle much anymore but you will still usually find them near one another. It is kind of funny actually. They lay about three feet away from each other, which is exactly what they are doing right now.

Since I was young and still a little insecure when I first came into the home, I always tried to cuddle with one of the bigger boys. They accepted me right away and took good care of me. 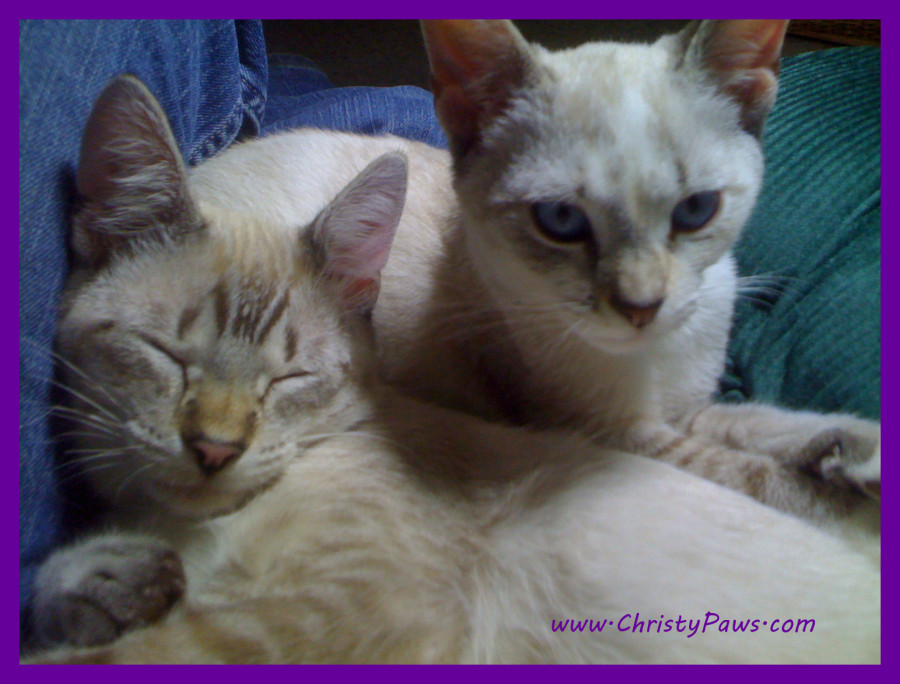 Echo and Ocean are both suckers for the little kittens, still to this day. Something in those boys makes them want to nurture the little ones. 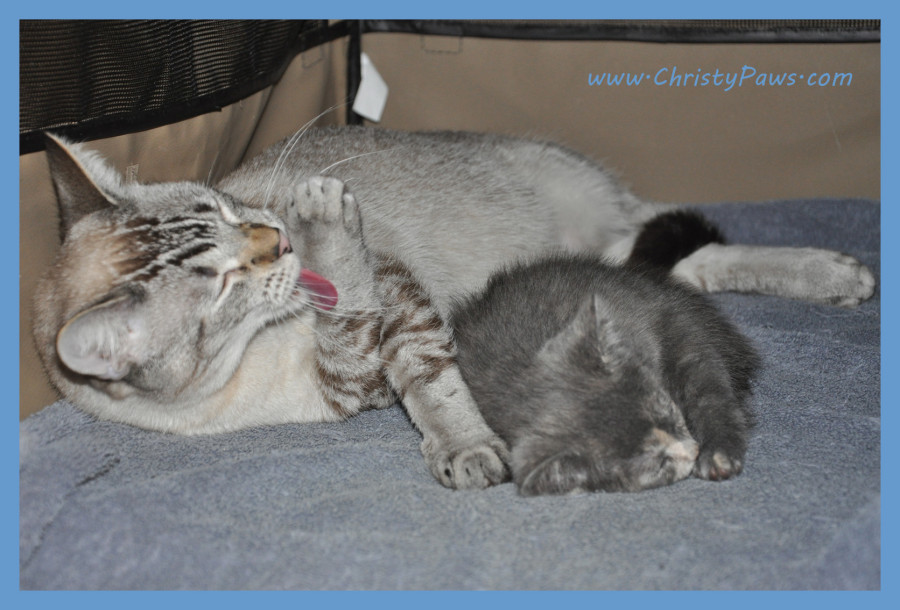 Ocean and one of “his” kittens 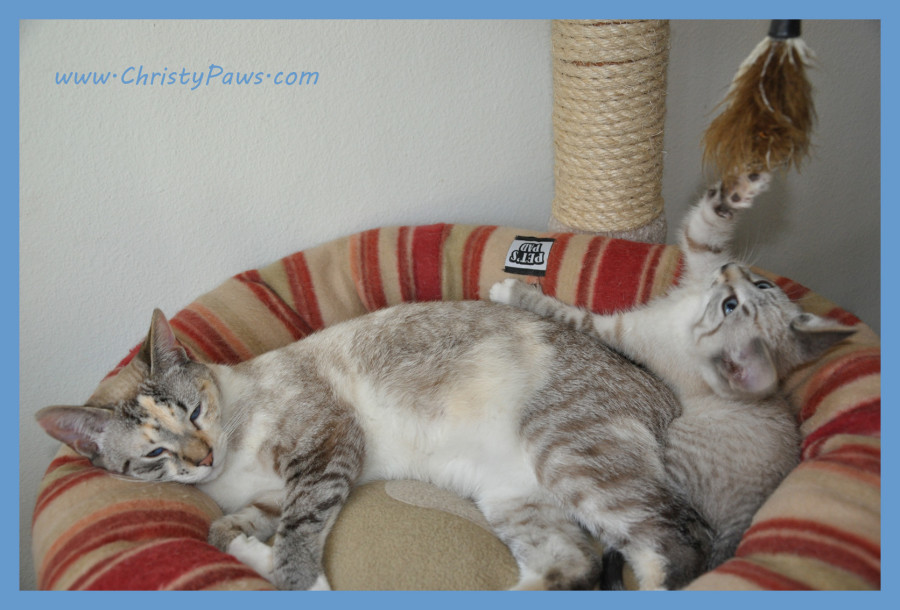 I was younger and more tolerant!

I, on the other hand, as I have grown older, tolerate the kittens but prefer to supervise from an elevated position more in line with my status as queen of the house. I am usually on the back of my mom’s throne (which, of course, makes it my throne too), where she sits to work on her computer, or on the arm of the throne next to her. 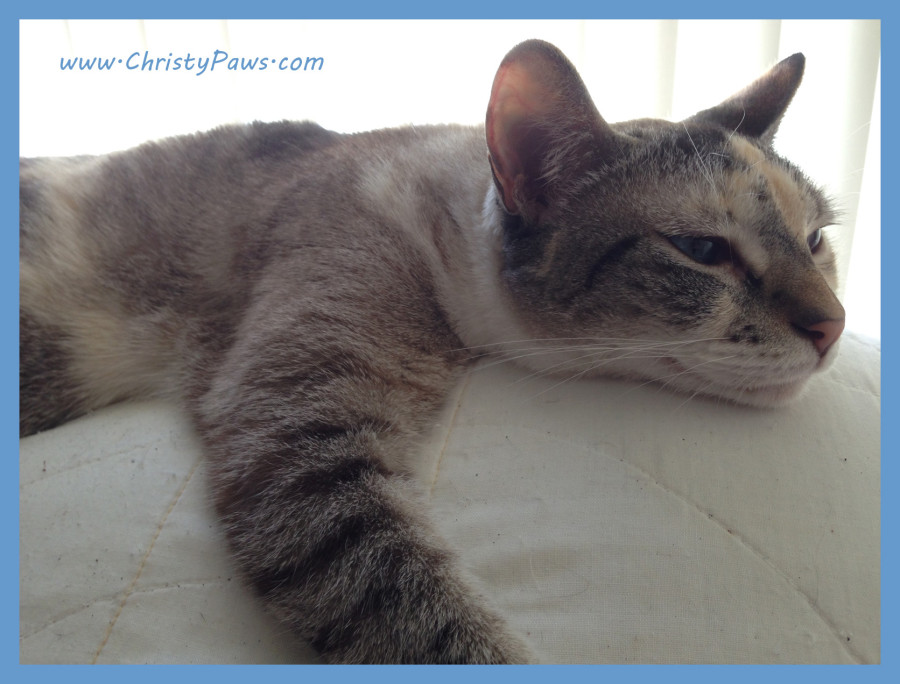 I’ll tell you more about Echo and Ocean in future posts. They each have their own unique story but Echo’s is especially interesting to me.

One Response to Kittens Growing Up Together